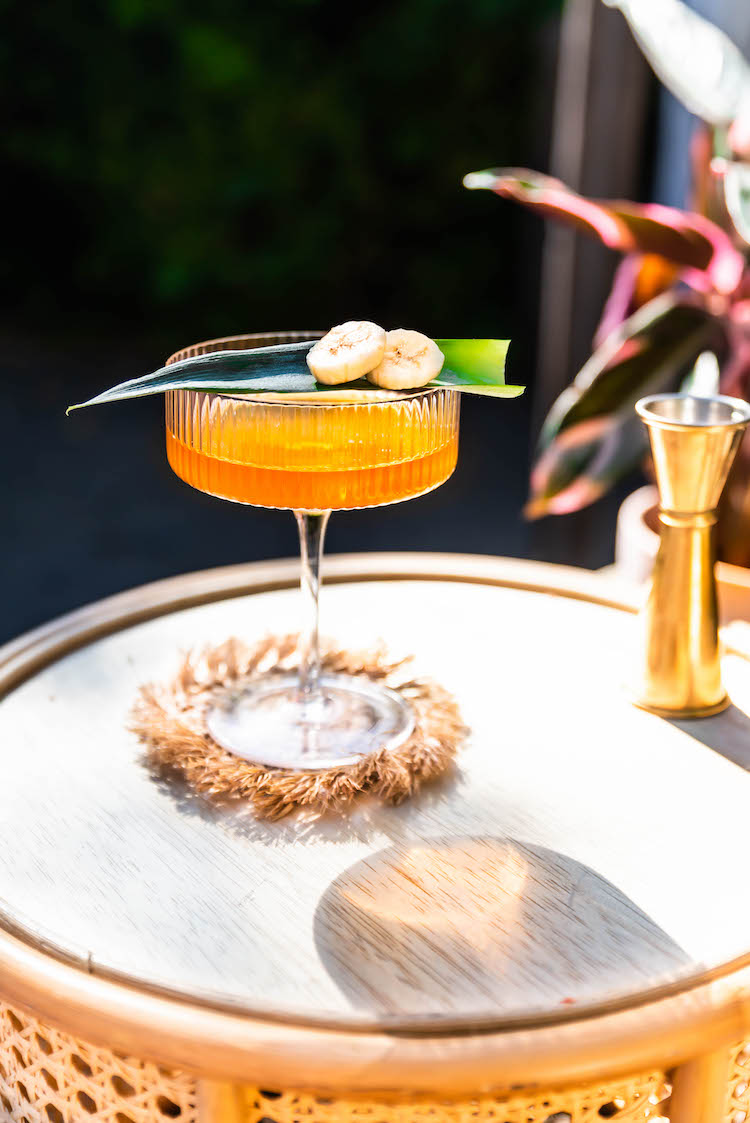 Hidden for decades in the pages of turn of the century cocktail books, the Bamboo cocktail lay forgotten like so many quintessential drinks of it’s day. Lacking a heartier spirit, the split-base sherry and vermouth drink was most likely glanced over in favor of more booze-soaked recipes. Thankfully, the Bamboo was rediscovered because it’s a banger of a cocktail that wont leave you with a banger of a headache. Coming in at much lower ABV than most stirred cocktails, the Bamboo is the perfect session drink. These lighter libations are sipped to pace oneself between boozier beverages, least one make a fool of themselves after a long evening out. Least you make a fool of yourself drinking at home, this Caramelized Banana Coconut Bamboo cocktail is just the thing to drink post Martini, Old Fashioned or Mai Tai. The addition of coconut and banana here adds a whisper of a tropical oasis to the low ABV sipper that’s a great way to toast to the end of summer.

The barrel aged Bamboo at Clyde Common in Portland is a thing of beauty. Round and bright with a sultry finish, it’s arguable one of the best cocktails I have ever had. That being said, I  didn’t leave well enough and created my own twist on this sherry sipper, because where is the fun in leaving well enough alone? Rich caramelized banana works heavenly alongside the nutty, dry Amontillado sherry while coconut oil, via fat washing, rounds out the complex edges of the botanical vermouth. The banana infusion and oil add a lovely body to the drink that has me coming back sip after sip. 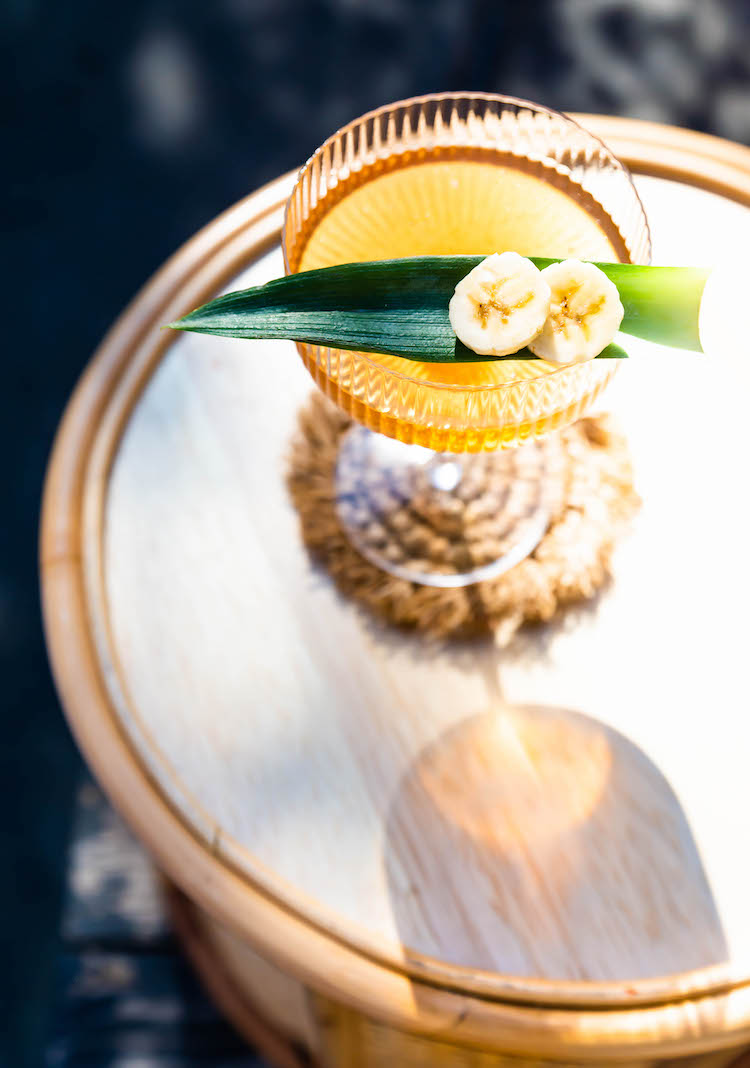 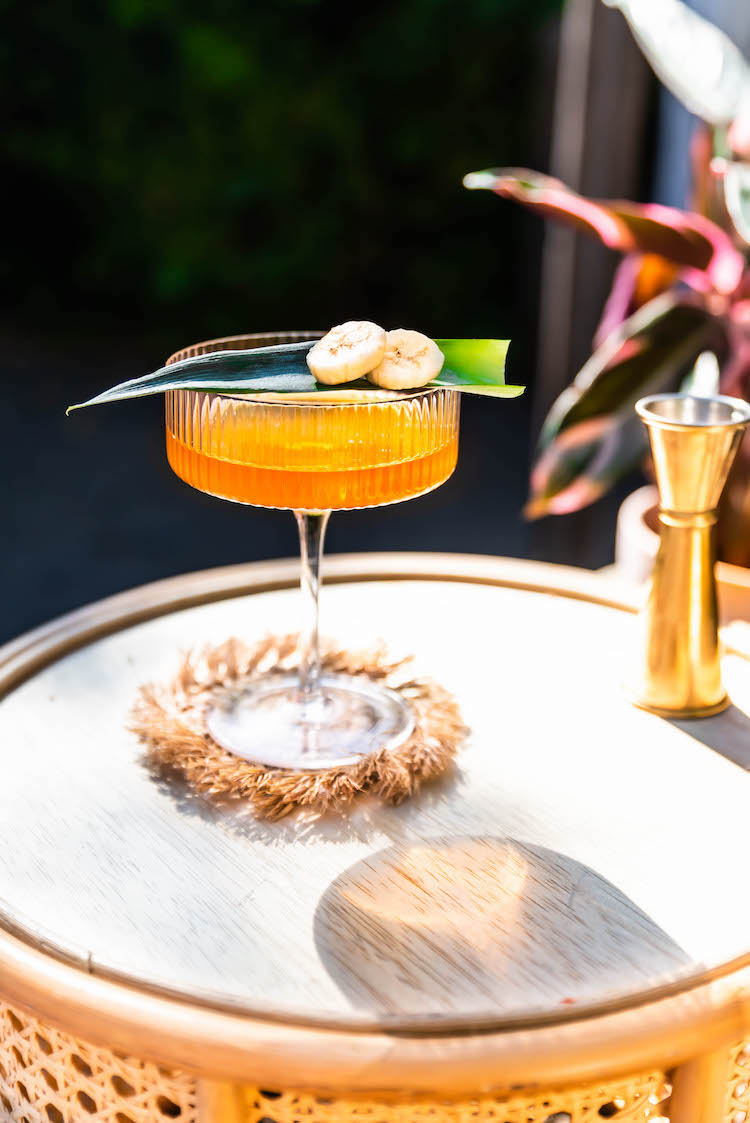 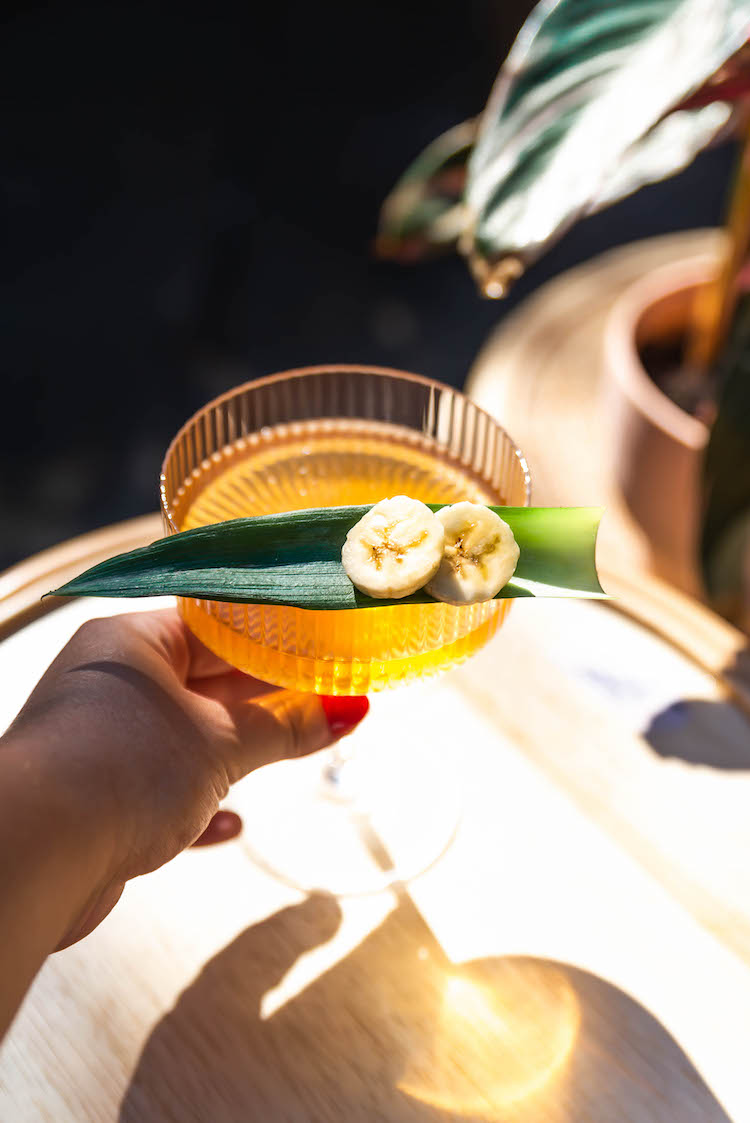 Fat washing to the home cocktailian or drink dabbler may seem daunting and maybe even something that happens in the laundry room and not in the kitchen, but is a simple technique that adds texture to your cocktail and mixing skills. Fat washing is simply infusing spirits with fat or oils. A modern method that simultaneously (and begrudgingly) sparked the bacon in every cocktail trend, fat washing adds both flavor and mouth feel and texture to drinks. Oil, in this case melted coconut oil,

There are countless twists on Bamboos, but I throwing my hat in the ring with this Caramelized Banana Coconut Bamboo uses two different infusions that are so worth the minimal effort it takes to whip these up. You can make a big batch of these a week in advance and chill in the fridge for a party or to welcome unexpected guests with a mid-afternoon sipper or a night cap. Make a large batch because they will be asking for another, because this shit is bananas B-A-N-A-N-A-S (sorry, I had to.) 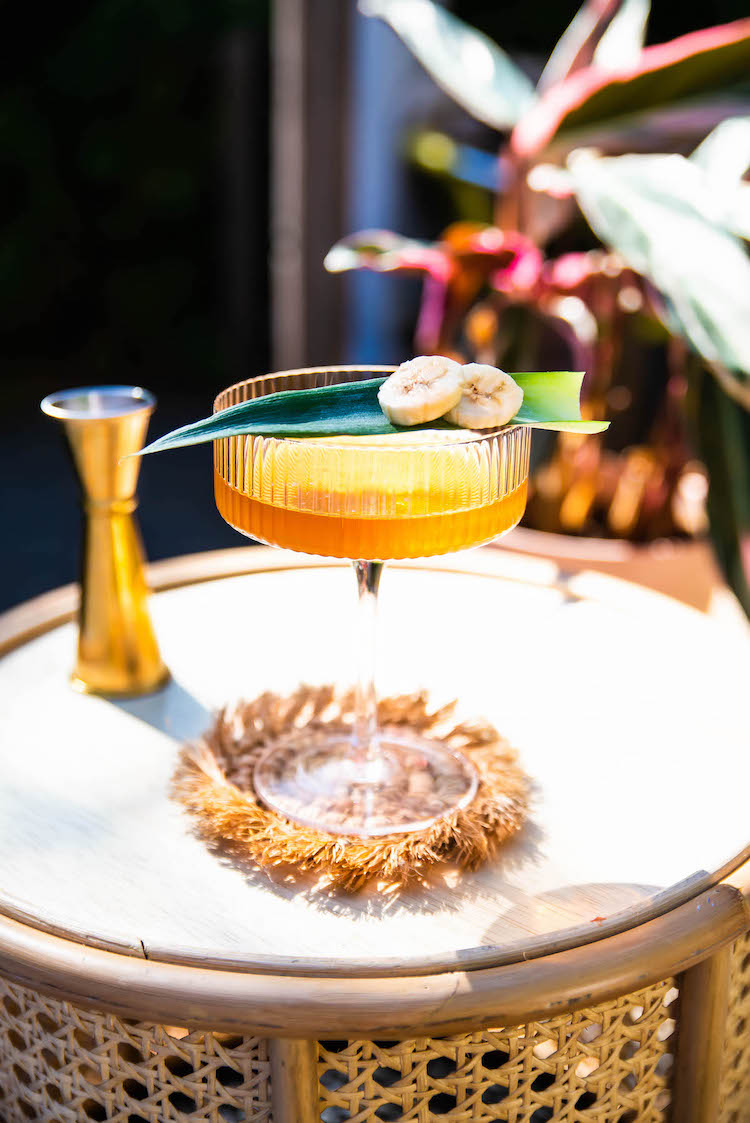 In a mixing glass with ice, combine sherry, vermouth, and bitters. Stir for 30 seconds. Strain into a chilled cocktail glass. Express lemon peel over drink and discard. Garnish with pineapple leaf topped with banana slices.

Add liquid coconut oil* to a mason jar with coconut dry vermouth. Let infuse for 6 hours at room temperature. Add to the freezer to let the coconut oil layer separate. After 12 hours or when solid, poke a hole through the coconut oil layer, being sure not to disturb the solid oil too much. Using a fine mesh stained, pour vermouth out of the jar through the hole. Store in the fridge for up to a 3-4 weeks. *Heat coconut oil to make liquid.

Caramelized bananas: Over medium heat, add butter to a pan. Add sliced banana and sprinkle with brown sugar. Cool for 3-5 minutes, moving the bananas around around with a spatula periodically until browned and glaze has thickened.

Infused sherry: Add cooled bananas to a mason jar with 1 cup amontillado sherry. Add lid and shake. Let infuse for 24-48 hours (if you have time, infuse for 48 hours). Using a fine mesh strainer*, strain the vermouth into a jar. Stir in the fridge for 3-4 weeks. *If particles remain from the banana infusion after straining, strain through a coffee filter or cheesecloth. 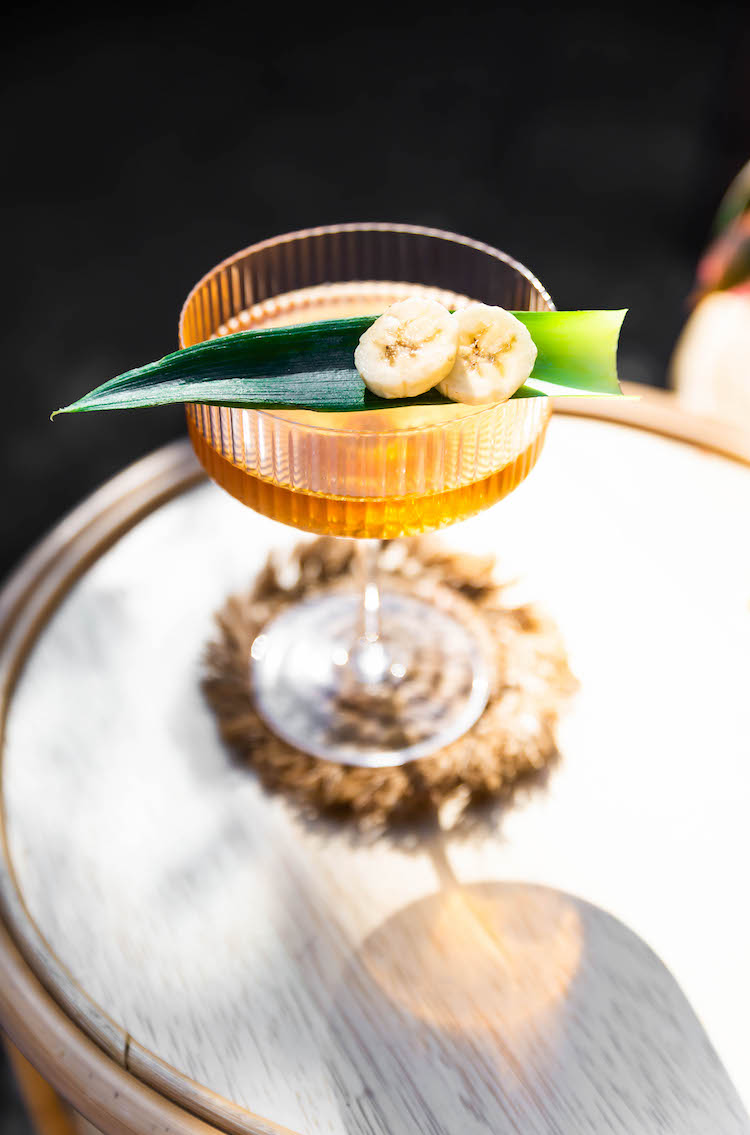