Breaking News
Things You Should Consider Before Buying A Blender
Top Five Female Bartenders of all Time
Sweeteners For Cocktails
The History of Champagne
05 Mar, 2021
Skip to content 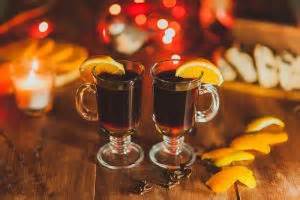 Nothing signals the onset of Christmas more than that crisp, sweet smell of mulled wine. It catches you as you wander through Christmas markets and is perfect for warming your insides on a cold winter day. But there is more than one way to make a delicious, hearty drink that everyone will enjoy. Take a look at our mulled wine variations!

This is perhaps the simplest recipe around, requiring a bottle of red wine, 60ml demerara sugar and an assortment of herbs and spices. The best ones to use are nutmeg, cinnamon and bay leaves. The addition of an orange chopped in half really lifts the flavour too. Gently heated until the sugar has completely dissolved, this is a crowd-pleasing recipe and will make your kitchen smell amazing.

For those that aren’t keen on the sharpness of red wine, Mulled Cider makes a welcome variation. Choose a flat Scrumpy version and heat it together with cloves, cinnamon sticks and orange slices. This is a great choice for kids or those that don’t like to drink, since you can substitute the cider for apple juice.

This is a less commonly seen drink, due to its unfortunate link to uncivilised societies. However, when it comes to warming the cockles, few drinks work as well as Mulled Beer. We recommend choosing a high-quality ale and heating it with the same spices as Mulled Wine, as well as sugar or honey. Some like to add a raw egg, while others prefer to add a shot of brandy or rum.

This Scandinavian variation turns our traditional drink into something far more potent. It is made in exactly the same way, but spiked with a spirit such as port, cognac, sherry or vodka and extra flavour comes in the form of vanilla pods, raisins and almonds. In Sweden, it is served alongside gingerbread!

The German version of mulled wine is as rowdy as you’d expect, with red wine, cinnamon, cloves, star anise, ginger, caster sugar and citrus fruit, and the addition of a shot of rum to really create a fire in your belly! It is traditionally served with a flambéed sugarloaf.

If you have become a little bored of the same old recipe year after year, hopefully these Mulled Wine variations will inspire you to mix things up a little. Let us know your favourite alternative recipe!

Things You Should Consider Before Buying A Blender

The History of Champagne