Breaking News
History of the Old Cuban
Grand Centenario Rosangel Tequila
Cocktails to Use Up Your Blackberries!
Maple Flavoured-Whiskey
13 Aug, 2020
Skip to content 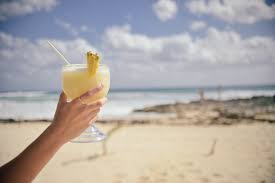 “If you like Pina Colada, and getting caught in the rain.”

This classic cocktail has a reputation that proceeds itself, synonymous with beach holidays, tacky tourist resorts and that cheesy song! It might not be considered the most elegant of cocktails, but when the sun is shining and the music is on, it is certainly a tasty treat, which is probably why it has maintained its popularity for so long.

In case you didn’t know, a Pina Colada is a tropical blend of white rum, coconut cream and pineapple juice served over ice. The garnish is, typically, a wedge of pineapple and a bright umbrella.

Who Invented the Pina Colada?

Brought to life in 1954 at the Caribe Hilton Beachcomber Bar in Puerto Rico, two bartenders have fought over the right to claim this drink as their own. Most historians tend to believe the story of Ramon “Monchito” Marrero, who was asked to create a cocktail that captured the essence of the island. It took him three months to perfect the recipe, but it was an instant hit that he continued to serve until his retirement, some 35 years later. Joan Crawford, Hollywood legend, was said to be a fan, enjoying the drink “better than slapping Bette Davis in the face.”

However, there was another bartender who worked the bar in the same year, who insists he was the real brains behind the drink. Ricardo Gracia’s story tells of a twist on their traditional blend of rum and coconut cream, which would ordinarily be served in a coconut cup. There was a coconut-cutters strike which led to a reduction in the amount of coconuts available, so he improvised with a hollowed out pineapple. The flavour that this added to the drink was instantly popular and so he added more pineapple juice to create the Pina Colada.

Believe it or not, there have been many other claims to the drink. although all of them are linked to Puerto Rico. Restaurant Barrachina alleges that their head bartender, Ramon Portas Mingot, created the beverage in 1963, while some believe that the drink belongs to 19th century pirate, Roberto Cofresi. It is thought that he made a combination of rum, pineapple juice and coconut milk as a pick-me-up for the men on his nautical journeys.

Variations of the Pina Colada

You might think that it would be impossible to mess with such an iconic cocktail, but there are a few variations that are definitely worth trying. Why not swap out the rum for amaretto or vodka? You could also maybe switch the pineapple juice for kiwi juice for an interesting change. Of course, if you want to enjoy the taste of a Pina Colada without the alcohol, you can simply leave out the rum.

The national drink of Puerto Rico, the Pina Colada is a drink that everyone should try at least once. Simply sip and dream of tropical islands for the ultimate escapism.

History of the Old Cuban

Cocktails to Use Up Your Blackberries!

The Travelling Cocktail Drinker: The Best Bars in Kent