Breaking News
Sweeteners For Cocktails
The History of Champagne
The Travelling Cocktail Drinker: The Best Bars in Lucerne
Cocktail Alternatives to the COVID-19 Vaccine
26 Feb, 2021
Skip to content 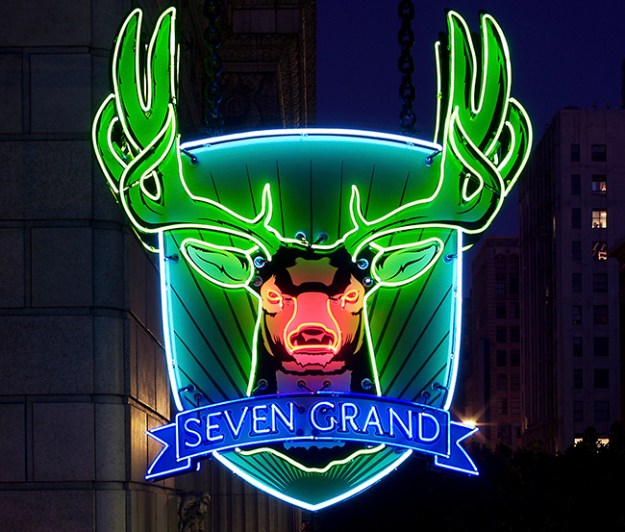 The presence of craft cocktail bars has been growing exponentially since the early 2000s, and finding a craft bar in many cities (even smaller ones) is becoming easier and easier. It’s strange, then, that one of the largest metropolitan areas of the United States, Los Angeles, has lagged behind other cities in the U.S. in the development of their own cocktail culture.

The reason for this, I’d hypothesize, is that there was no central location for bars to establish themselves as Downtown LA had only begun its revitalization in the early 2000s. In 2007, though, one craft bar launched in Downtown and has built a great reputation since then.

Seven Grand, at 515 W 7th St, is a whiskey bar primarily, though they do have a small cubby under the bar with few bottles of the other boozes, too: vodka, tequila, gin, etc, just in case you’re not in a whiskey mood.

Seven Grand is what you’d expect visually from a whiskey bar: dark-stained woods, deer taxidermy, rich greens and tartan trim. The bar itself seats many comfortably, all with a view of their impressive whiskey library. There’s a pool table and some additional table seating surrounding the bar area as well. Victor Delgado, the bar manager who’s been at Seven Grand for 7 years, is proud of the work they’ve done in downtown, and he recommended 5 or 6 other great bars in the area too, an experience I continued to have with everyone in DTLA. There’s a unity amongst the bartenders there, clearly knowing that the rising tide of the cocktail culture in LA has been helping all of them to grow this past decade. 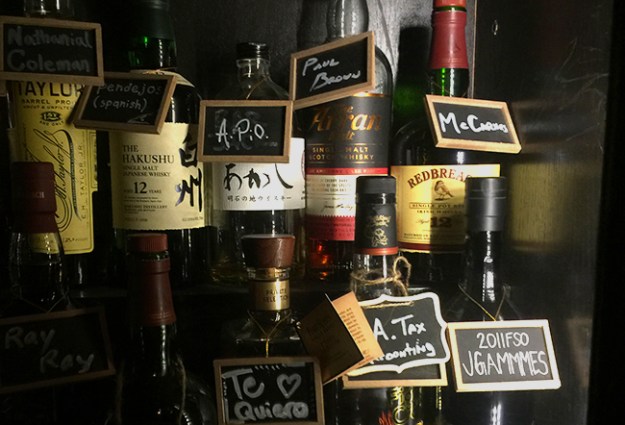 As you head to the back of the building at Seven Grand, you’ll see the bar’s whiskey lockers, filled with nameplated bottles, where you can keep your preferred spirit as a member of the bar’s Whiskey Society, but there’s an additional surprise back there: another door, this one for Bar Jackalope, and it’s locked. Opening in 2014, Bar Jackalope was inspired by small bars in Japan, with a very limited seating of 18, and it’s a members-only sub-bar in Seven Grand. To solidify my membership, I placed a delicious Seven Grand-exclusive bottling of Four Roses Single Barrel in my locker.

Bar Jackalope also has a private patio where you can enjoy a cigar with your whiskey. The bar’s manager Jeffrey Baker, an incredibly warm and welcoming member of the staff, has selected about a dozen cigars for pairing, ranging from mild to strong, mostly from Nicaragua and the Dominican Republic. Bar Jackalope is only open Sunday-Thursday because it serves as overflow for the main bar on weekends. 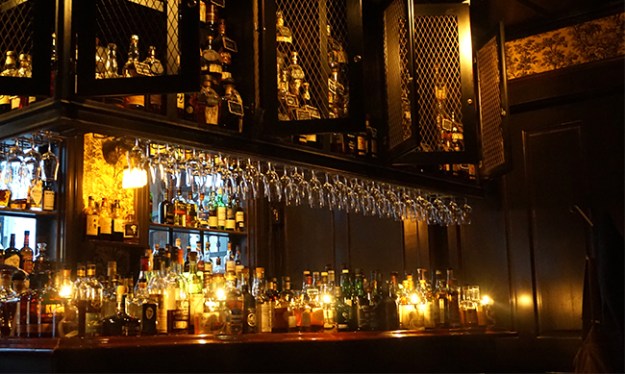 Cocktail prices were very reasonable at Seven Grand, at around $6 during happy hour, and about $10 otherwise, a great deal for such a large metro area. I tried a Sazerac and a Manhattan, the second of which is served on an impressive block of crystal-clear ice. Both were mixed and served exactly as I’d expect and tasted great. Bar Jackalope takes a different approach, mostly serving whiskey neat in nosing glasses (20ml or 60ml pours). Neither bar has a food menu, you’ll only find drinks there.

Expansion is underway for Seven Grand, too. Already with a second location in San Diego, Austin, Texas will be location #3 for the bar, probably in the winter of 2016. As a frontrunner and landmark of sorts for craft bars in Los Angeles, Seven Grand is certainly a bar to visit if you’re in the area, and if you can get into Bar Jackalope, spend some time there too.