Breaking News
Sweeteners For Cocktails
The History of Champagne
The Travelling Cocktail Drinker: The Best Bars in Lucerne
Cocktail Alternatives to the COVID-19 Vaccine
28 Feb, 2021
Skip to content 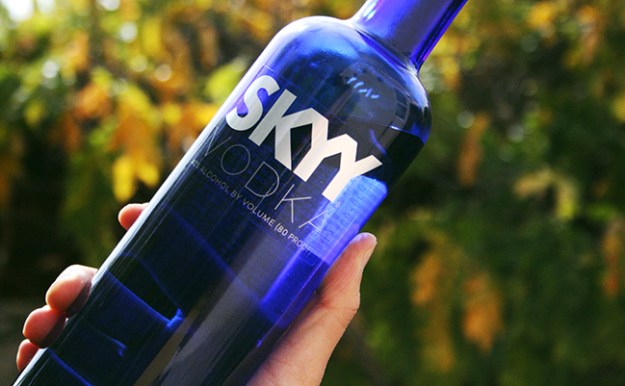 It’s not often that I find myself surprised by a liquor, particularly by a vodka. Once you’ve tried several dozen, they all taste pretty similar to each other.

It caught me off guard, then, when we opened and tasted Skyy for the first time on a recent podcast episode. A pretty common staple in bars across America, Skyy is a 20-year-old brand in a familiar cobalt blue bottle, distilled in San Jose, California.

From what I can tell, Skyy is distilled from wheat, which contributes to the surprising sweetness of the vodka. I find it to have a smooth, sweet vanilla flavor, and it’s got more flavor character than the usual “odorless, flavorless” vodka I’m used to.

Vodka is a subtle product, more so than anything that I’ve encountered. The varieties of taste are wide, but overall, the differences in flavor are sometimes difficult to tell. It’s also a pretty polarizing product, ignored by craft cocktail enthusiasts in some cases and yet beloved by lots of drinkers everywhere. In the case of Skyy, it’s a moderately priced ($15), good-tasting vodka that you can find from coast to coast and it’s also a vodka that can easily find it’s rightful place in your home bar.